We’ve been back in Alabama for just over 2 weeks after our big trip back to the UK…I’ve only just caught up with my sleep!  We had booked our holiday quite some months ago and started organising a few things in advance.  It was Adam’s first time back to the UK since we moved to the USA in 2014 so we knew that we would have a lot of family and friends to catch up with.  He was also his best friend’s best man so we knew that he would be needed for a few wedding duties, and a stag do!  This meant that we couldn’t plan too much on a strict schedule.  We seemed to be so busy during our time over there that I didn’t really take that many photos, and a lot of what I did take will be in a separate blog post completely; just for those Harry Potter fans like me. 🙂

Mobile airport is only 45 minutes away from where we live so we flew from Mobile to Atlanta, then Atlanta to Heathrow.  The regional plane was the smallest I’ve ever been on! 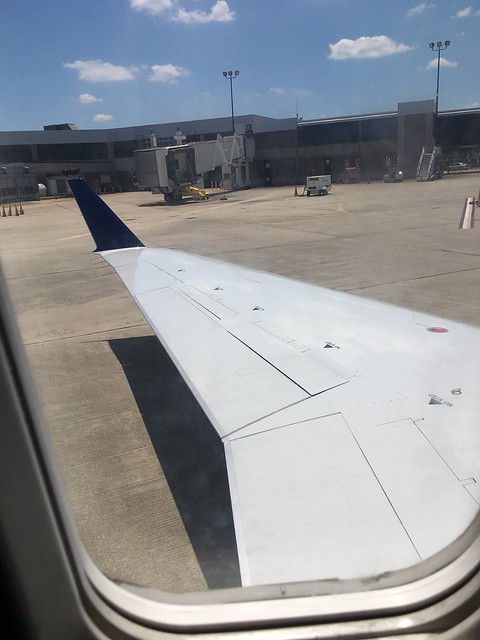 After a few days of visiting friends & family, we had 2 nights in Sheffield City Centre.  We both went to University in Sheffield so it was nice to be back in the city.  We stayed in the Leopold Hotel, which is right in the centre, is good quality & a reasonable price too.  One of our favourite restaurants in Sheffield is a ‘conveyor’ style Japanese restaurant called Sakushi, so of course we had to eat there.  We also tried Bill’s one morning for breakfast.  I think there’s quite a few of these around the country; great decor and atmosphere but I wasn’t too impressed with the food.  It was still a treat to have a full English breakfast though! 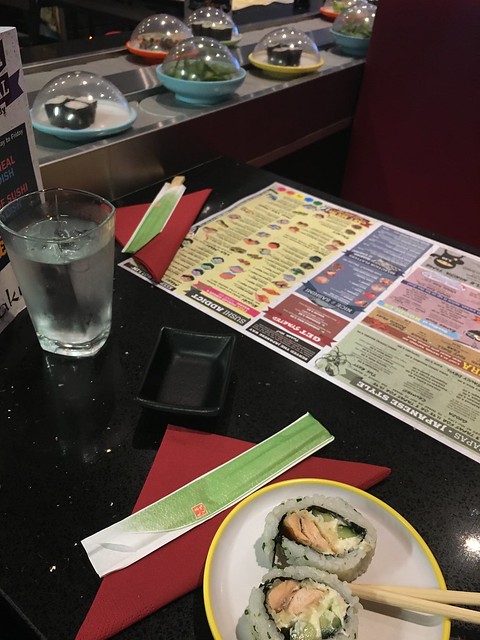 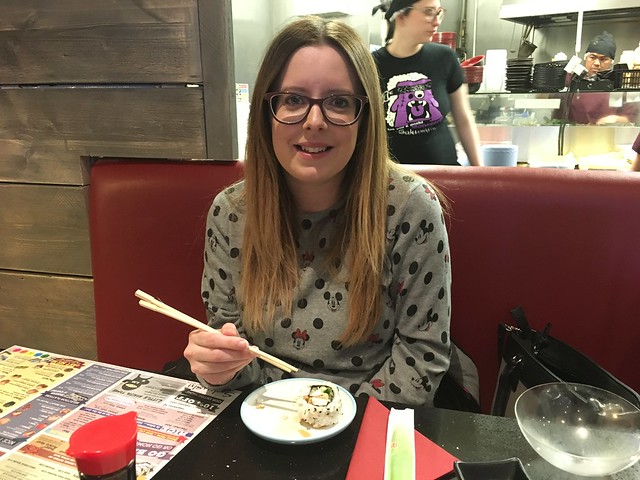 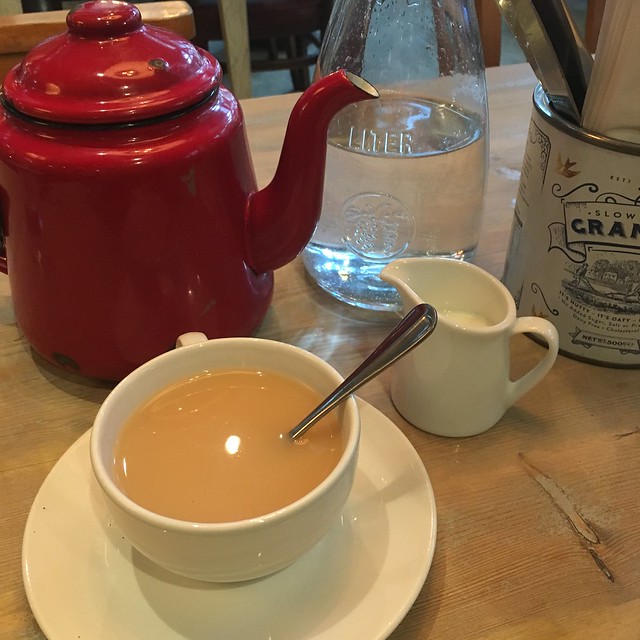 When we came over to the USA, we didn’t think the move would be permanent so we left our little Winnie Westie in the caring hands of Adam’s parents.  When the move did become permanent, we didn’t think it was fair to uproot her and her travel for all that time so she became ‘their’ dog as such.  It was a great decision as Adam’s Dad is retired so he walks her endlessly and she really is his little shadow.  When I went back in December, I’m not sure whether or not Winnie remembered me but this time, as soon as we got out of the car she rolled onto her back for tummy tickles. Soooo sweet.  While we were staying at with Adam’s parents she came onto our bed a few times for cuddles but always jumped off as soon as she heard Philip (Adam’s Dad) move.  On the last night of our stay with them…she actually fell asleep on our bed just how she used to at our old house!  My heart melted ❤ 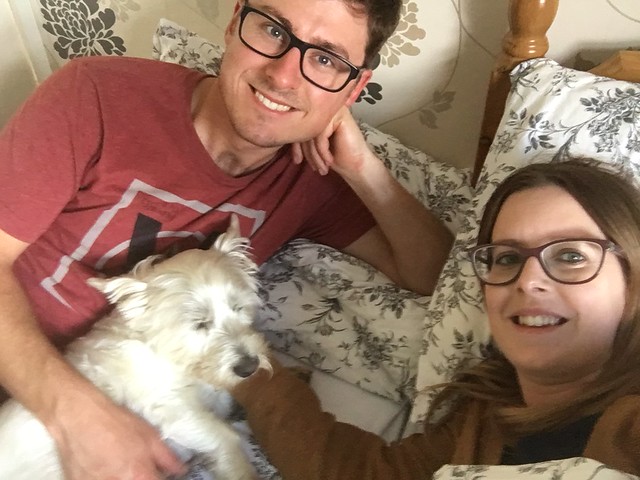 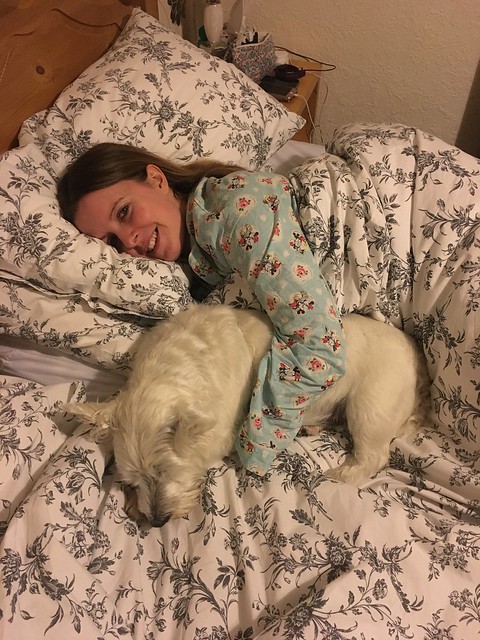 Our last weekend in the UK was mainly spent celebrating our friend’s wedding, which was absolutely amazing!  Despite a little bit of rain, everyone still ended up looking gorgeous and having such a nice day.  We were so honoured to a part of it! 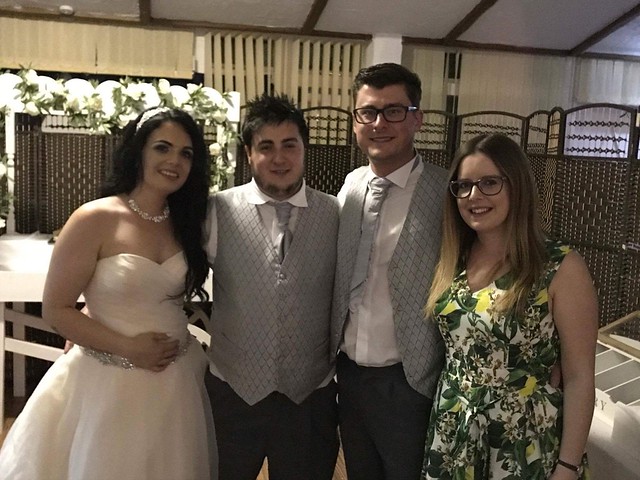 To make the weekend even better, we decided to book a suite at Mosborough Hall for the night.  We got a REALLY good rate on the suite as part of Best Western’s Winter discount and we got breakfast in the room included.  The room was absolutely gorgeous and we already know that we will be staying there again as it’s in quite a good location for us to use as a base.  In the morning though, we couldn’t get the shower to work.  When we rang reception, they apologised a lot as someone had forgotten to tell us when we checked in…so we got a further discount on the room!  We really didn’t mind not showering because we had that big bath to use! 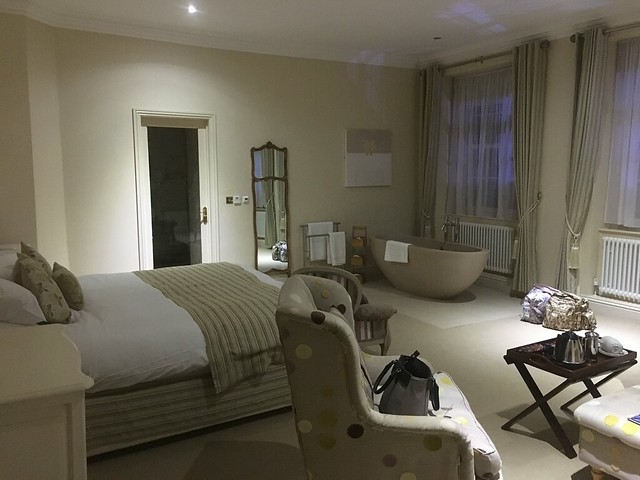 We then spent the last two days of our trip down in London.  Despite everything that has gone on in the UK recently, London is still one of our favourite cities.  We’ve been thinking about the victims of the recent attacks and our hearts just bleed for them.  London, and actually, the UK, shouldn’t be thought of as the place those attacks took place…it’s so much more.  There’s so much to do; so many scenic streets to explore, so much history to take in.  We always love going to and exploring London, and even though certain things will always be in the back of our minds, it will never stop us from going there. 🙂

We checked into a lovely hotel but we were a little disappointed in the room, especially after we had stayed the above suite.  I think it was 20 sqft (very small) and cost us double but we do know that is what is expected if you want to stop in a central location and have a clean room with our own bathroom.  We’ve done the ‘cheaper’ room options before and will never be doing them again!  We did a little bit of shopping and a lot of riding on the tube.  We also went to the theatre to see The Curious Incident of the Dog in the Night Time.  It was excellent and very well staged!  We also visited the Harry Potter studios; again AMAZING!  So much so that I’ll cover that in a separate post. 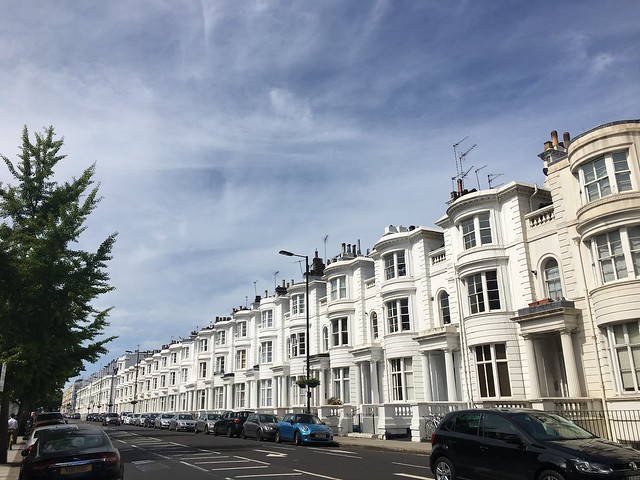 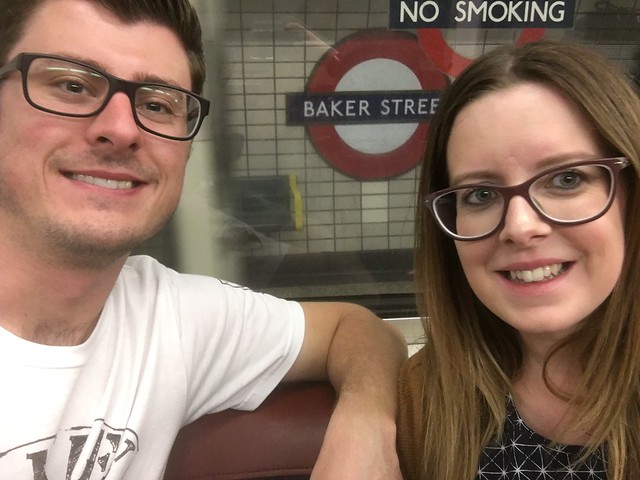 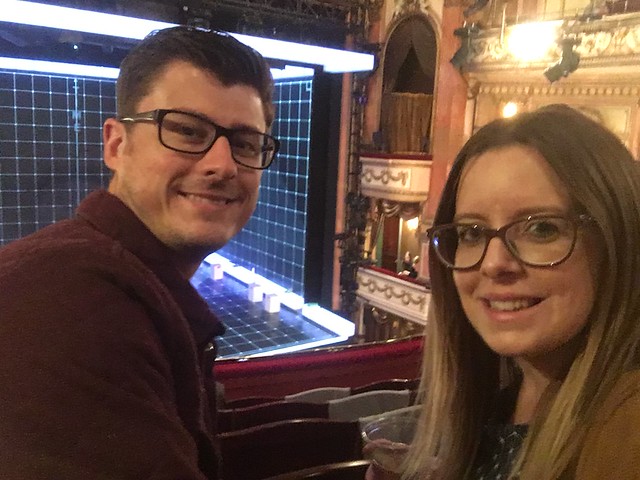 Overall, we absolutely loved our trip back to the UK.  It was so heart warming to catch up with family and friends that we had not seen for so long.  It also gave us chance to come home with a few packets of cheese & onion Walker’s crisps and bourbon biscuits!

4 thoughts on “Back to Blighty”