A few weeks ago, I shared 5 recipes that I had tried, tested & enjoyed.  I’m back again to share another 5 with you!

We are still trying to cook meals from scratch and only buy the ingredients we need for the meals we have planned to have that week.  I know that some people love meal planning and some people don’t.  I like it because we hardly ever have food go to waste or out of date.  I also like that we often make a larger portion of a dish and then freeze the rest for another night, which is great if we have a few errands to run when Adam gets home from work and then we can’t be bothered to spend an hour preparing food!  How do you plan for your meals?  Do you batch freeze?  How do you do your food shopping if you haven’t got meals planned?  I am eager to hear what other people do, as I am open for new techniques/ options.  Meal planning seems to work for us at the moment but I find it really hard to keep our meals varied!

Anyway… here are a few recipes that we have tried recently and what we think about them!

I have to give Adam the credit for cooking this one.  I was still making Christmas presents to send back to the UK when we had this dish, so in the midst of parcelling and packaging, he offered to make this.  I pinned this on Pinterest mainly because of how simple it looked to cook!  Everything in one pan, mix and bake.  There was some preparation to be done though and I think that took the most of the time really.  We used shredded chicken breast instead of rotisserie chicken and our local store only had red quinoa.  (Confession: we had NEVER eaten quinoa until we had this dish!)  It was very tasty and made enough for 3 meals.  Next time we make this, we are going to add a little chilli powder to give it an extra spicy kick! 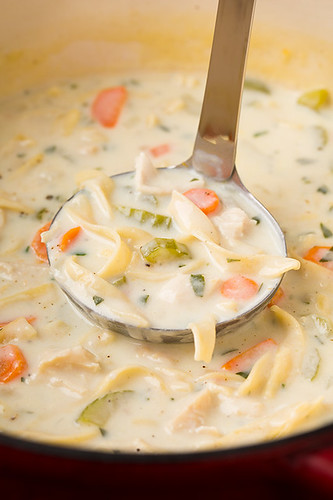 We enjoyed the Creamy Chicken soup that was featured in the last Tried & Tested post.  The only major difference with this one is that it contains egg noodles.  Adam isn’t really a fan of leeks, so I slice them finely; they almost disappear when they have been cooked.  We also added peas to our soup.  The soup was very warming and nice with bread & butter.  I would like to know if there is anything I could use instead of heavy/double cream; I need something that is healthier but has the same consistency. 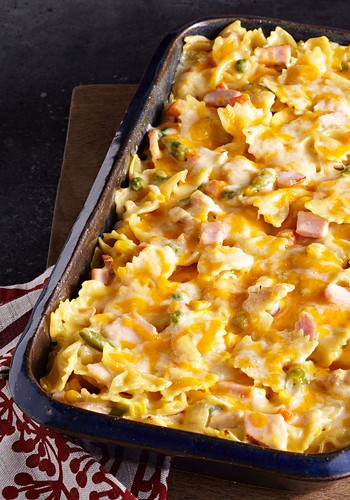 Another creamy recipe! This time with milk and sour cream. Easy to put together and there are a lot of options for if you don’t have certain ingredients in at the time of cooking!  Adam did protest to their use, but I only had stir fry vegetables in so we used those instead of regular mixed veg.  They were yummy!  We got thin turkey steaks to use in this recipe and found that they went a long way if chopped into smaller pieces.  I think we used 1 & 1/2 steaks.  We ended up having LOADS of this left over!  We had enough for another 2 meals and 2 smaller lunch portions. 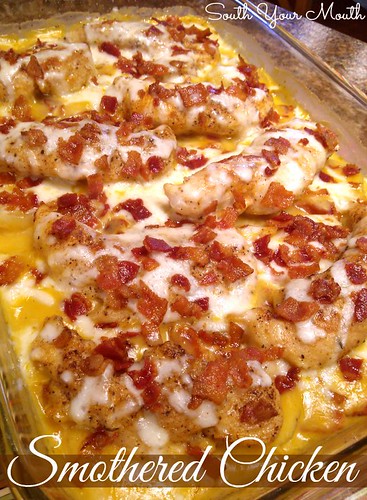 This recipe took longer to prepare and cook but was worth it!  We shredded our chicken for the top of the casserole as we were doing a smaller dish than the one suggested.  My potatoes needed an extra 30 minutes too but we do love ours to very soft!  Adam suggested adding bbq sauce somewhere next time, which I think would make this dish similar to hunter’s chicken. 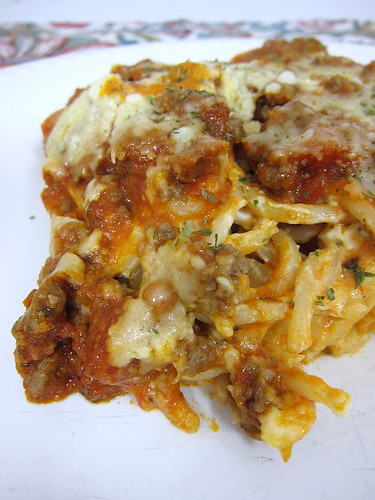 We are still eating leftovers of this at the moment!  Very straightforward to make, using store cupboard ingredients.  I loved the cheesy spaghetti and enjoyed the fact that it want too overpowering.  Obviously I used the lightest cream cheese that I could find! 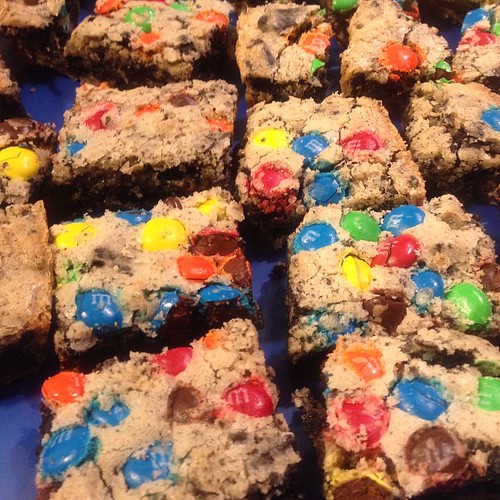 The only thing that I am going to say about these…. is that they are amazing and you need to try them!