When we arrived in the USA (10 weeks ago!), I was getting frustrated with shopping for food, especially baking items.  I had been confused in the baking aisle many times as I just couldn’t find what I wanted and then gave up 😦  I made some buns using a ready mix but they didn’t taste like my baking so I didn’t like them!

I came home and took to the internet to find the US equivalents to icing sugar, caster sugar and the flours that are used in baking. I felt much better once I had made a list and was ready to tackle the baking aisle again.  Success…woohoo!  I came home with ALL of the ingredients that I wanted.

The first thing I wanted to bake were these Peppermint frosted fudge brownies.  The recipe appeared to be straight forward and it was!  The brownie mixture came together perfectly and it was lovely to smell a homemade mixture.  Yes, there is a difference between homemade and shop bought mixture smells! 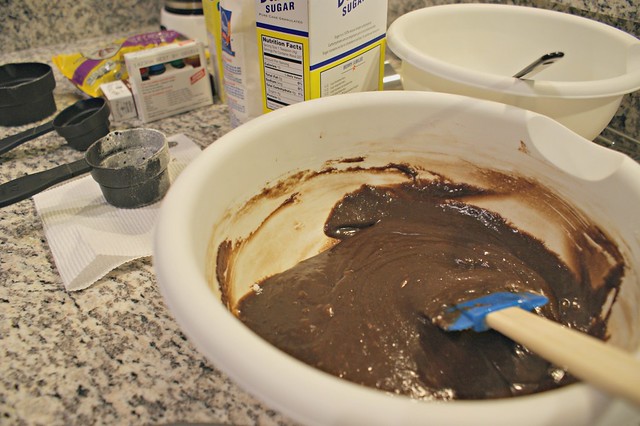 I didn’t have a square tin so I used a cake tin instead.  For this reason, my brownies looked just like a chocolate cake and I was a little disappointed.  Chocolate cake wouldn’t have been bad…but I was making brownies!  Anyway, I persevered without tasting any before they were complete. 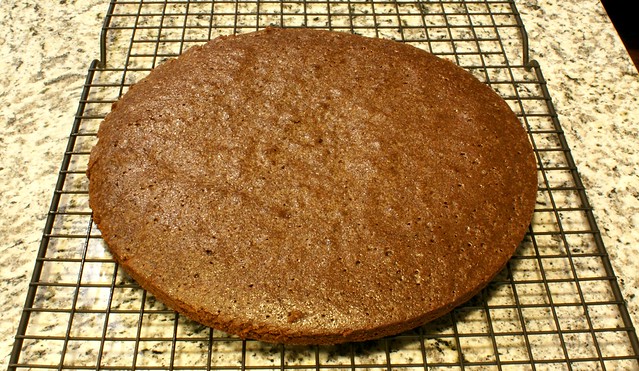 I loved making the frosting/icing…the peppermint smelled delicious!  I had never used peppermint extract before so I’m sure that you can understand my excitement! 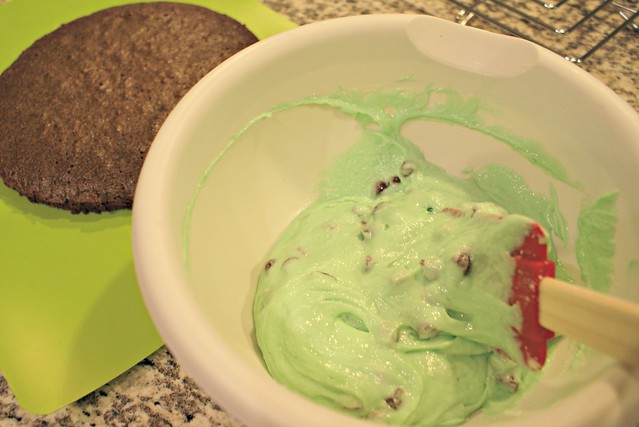 Once the brownie cake was cool, I spread the frosting over the cake and realised that I had probably made a little too much as it was very thick!  I popped it in the fridge to set and then cut it into bite size pieces.  Even though the frosting was thick, it wasn’t too overpowering and a bite sized piece was just enough. 🙂