For over a month now I’ve only been blogging via Sunday Sevens.  I do love Sunday Sevens as it does allow me to keep my blog active, but it’s not what I wanted this blog to be about.  I think I’ve had a spate of writer’s block!  It’s almost like I’ve been putting off blogging about other things as I know that I haven’t written about sewing for A VERY LONG TIME!  This week I’ve reminded myself that I made this blog to share sewing projects but also to document my lifestyle.  You may notice that my header has changed slightly in the hope that I won’t worry about blogging about other things.  My main ‘worry’ was that someone would visit my blog and think that it would be primarily focused on sewing, and they would actually find a lot of non-sewing related posts.  I’ve changed my mindset to think… “Why am I worrying?…it’s my blog!

Bobbins = other bits & bobs (yes, I know that bobbins also = sewing but just don’t think about that part! 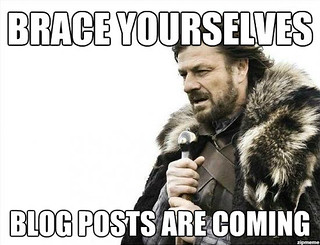 Anyway, life recently has been hectic with a lot of things; things that I do want to share with my readers.  Unfortunately, none of my recent busy-ness  has really involved sewing.  Hopefully that will change soon as I’m trying to focus more on being productive.  But in the meantime, I’m going to try and get some other blog posts up!

The first one being about our new style of adventuring!  WE BOUGHT KAYAKS! 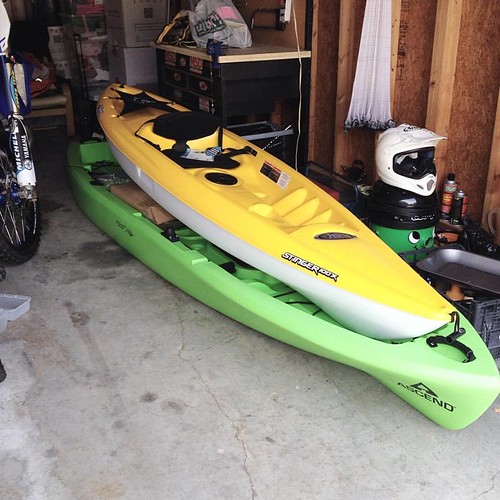 For some time we had been thinking about purchasing them but we knew that quite a few of our weekends were going to be busy with other things. So a couple of weeks ago, we had a ‘free’ morning coming up so we headed out to get our kayaks. As we had been interested in buying them for a while, we had done our research. I didn’t really want a kayak with all the bells & whistles because I had never done it before! We went against renting kayaks before we purchased them as I was pretty certain that we would like them, and I didn’t want to waste the money on renting when we could just put it towards our own.
I bought the yellow Pelican Stinger 100X Kayak, which was on sale when I bought it. I also bought this paddle, which is the one recommended for my height/ weight (210cm).
Adam bought the green Ascend FS12T Kayak, which has special features for fishing! He also bought a 240cm paddle. 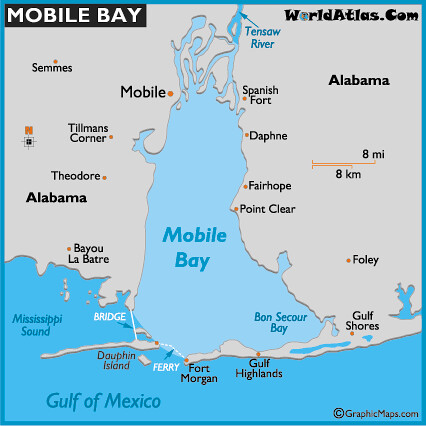 We are lucky enough to live right on Mobile Bay, which leads out to the Gulf of Mexico.  For our first outing we went to the 5 Rivers Delta Center near Spanish Fort.  The area around the center is popular for boating & kayaking.  There are also lots of alligators but we didn’t come across any.! Adam’s kayak was perfect for him and he sped off up the river without any problems.  However mine just didn’t seem right.  I was banging my paddle on the sides of the kayak, I couldn’t lift my arms high enough to paddle correctly and the wind was turning the kayak too easily.  I enjoyed it but I knew that it wasn’t the correct kayak for me.  Adam’s seat is like a small deck chair on the the top of the kayak, whereas mine was recessed in the boat meaning that I had to reach higher to paddle.  I was also then told that 10 foot kayaks were the hardest to steer with any wind.  Complicated stuff right?! 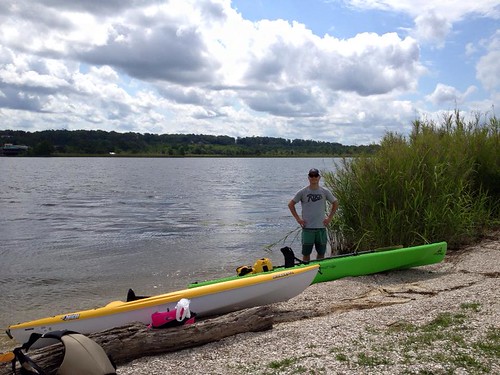 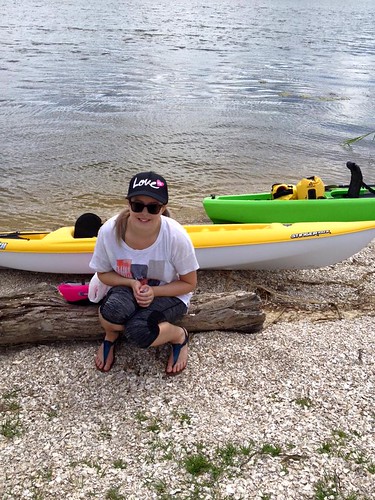 So, I spoke to the place where I had bought my kayak and they were understanding and allowed me to return my little yellow kayak.  I then ended up buying the same kayak as Adam, in a different colour plus a longer paddle.  Yesterday we launched into the Bay at Fairhope.  Immediately I felt much better with the paddling, steering & the speed! Woohoo!  Adam had a little fish off his kayak and caught a catfish.  I still feel like my balance isn’t good enough to fish off mine yet!  We had 2 hours out in the Bay and timed it perfectly as the rain started just as we were pulling out onto the beach.  🙂 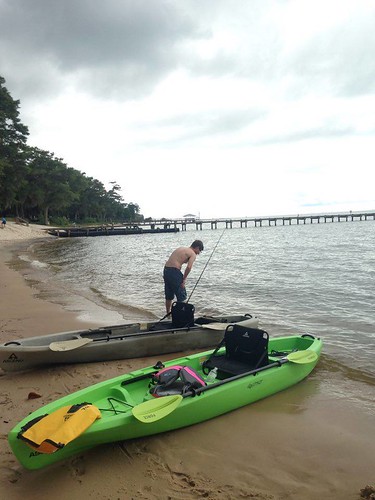 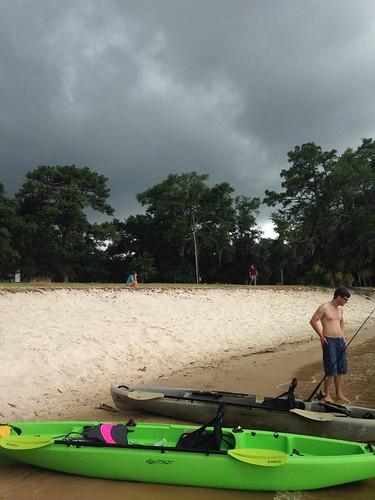 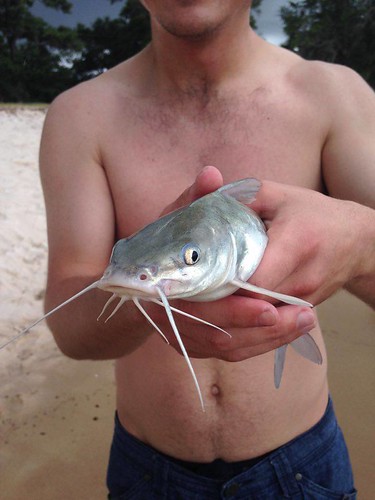 With a successful outing, we now can’t wait for the next one!

Does anyone else have kayaks?  Any tips for me?

11 thoughts on “Paddling Through The Block”