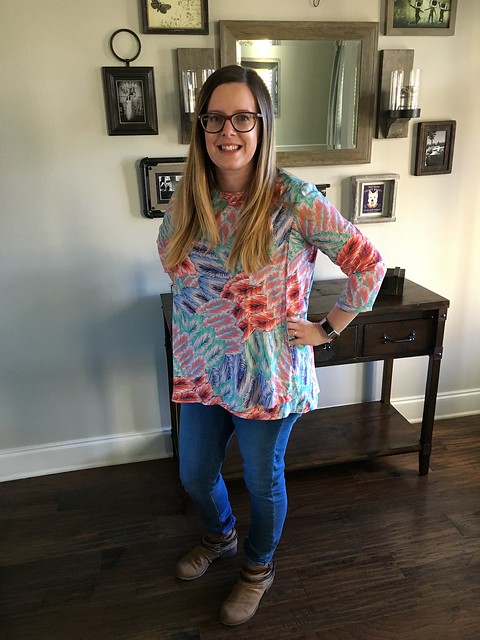 *face palm* I was given this maternity/nursing pattern quite a while ago but only got round to making it when I was in the final stages of nursing. BUT I do feel like this is one of those patterns that would be absolutely fine to wear if you aren’t pregnant and if you aren’t nursing!

The Lily top is one of the maternity patterns from Sew Over It London and you may remember that I made another one of their maternity pattens early last year. I’ll be honest and say that I was quite anxious to make this one as I didn’t love the fit of the Blossom dress that I had made. I went with a size 10 for this top as the finished garment measurement showed quite a lot of ease and I didn’t want it to be too loose on me. 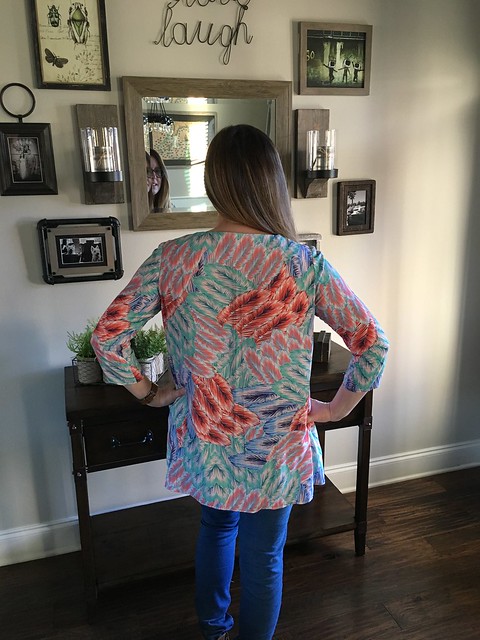 This fabric is one from a market in Sheffield, UK that my Mum had sent me over once I had seen a friend buy some. I can’t remember the price exactly but I know that it wasn’t too expensive, maybe around £6 per metre. As I’m useless at actually identifying fabrics properly, I’m just going to say that this is a soft/slinky cotton! It’s light and has a great drape.

For the most part, the instructions for this top were easy to follow. That is until I got to the part where the front and back pieces were put together to create the body of the top. The instructions were clear but I could just not process them in my head. I had to put it together about 4 times before actually daring to sew it as I thought I had one of the pieces backwards each time. You have to layer the pieces in a certain way and then turn them in through the neck hole. I was confused but got there in the end! 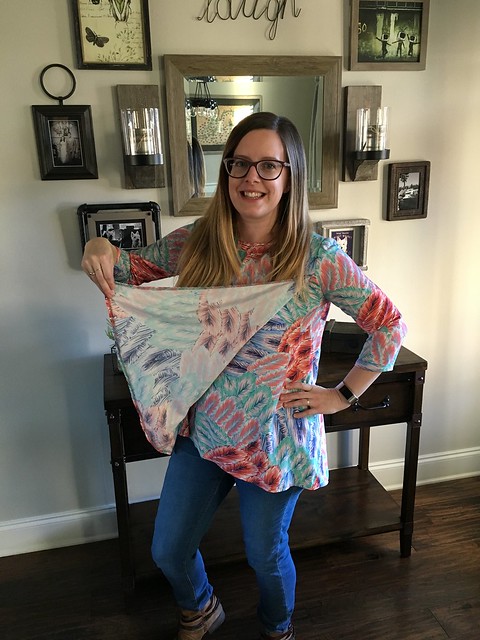 I do really like this top and wished that I had made it slightly earlier in the year. When looking at the ease and making the decision to size down in this, I didn’t take the shoulders and sleeves into consideration so it runs a little tight on me in these areas. If I moved too quickly, the top would possibly burst open at the seams. I hope you’re imagining The Hulk right now! Hopefully I can pass it along to someone I know so it will still have a good home. 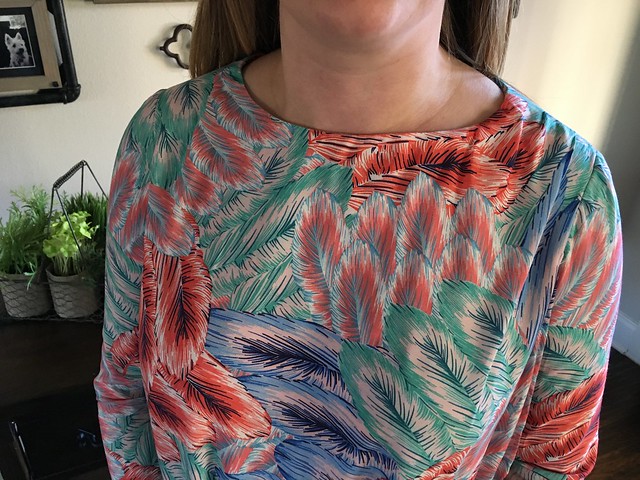 Pattern: Sew Over It Lily Top
Fabric: Cotton something from the UK. £6 per metre.
Sewing Level: Intermediate
Time: 3-4 hours
Would I make it again?: Yes
Size made: 10 but would probably make a 12 next time and grade down to a 10 from the bust to waist.

One thought on “Sew Over It Lily Top”