This space is in our new apartment.  As soon as I saw it, I thought it would be perfect for a sewing/ craft space!  My sewing machine could be out, I could put some shelves up and organise everything nicely.  However, I then realised that the space is directly opposite the kitchen and is included in the hallway space.  I don’t mind being in the way of walking down the hallway as it’s only Adam who would be walking past but I’m worried about kitchen smells.  Do I really want to be sewing a lovely dress and then cooking chicken fajitas mid make? 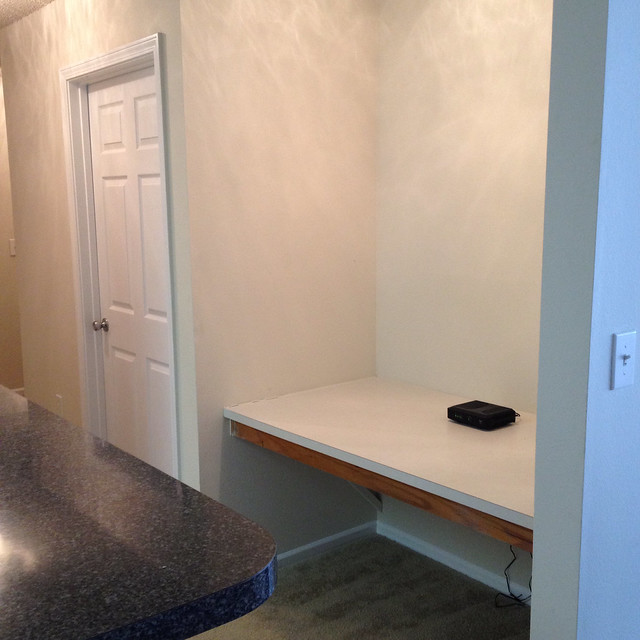 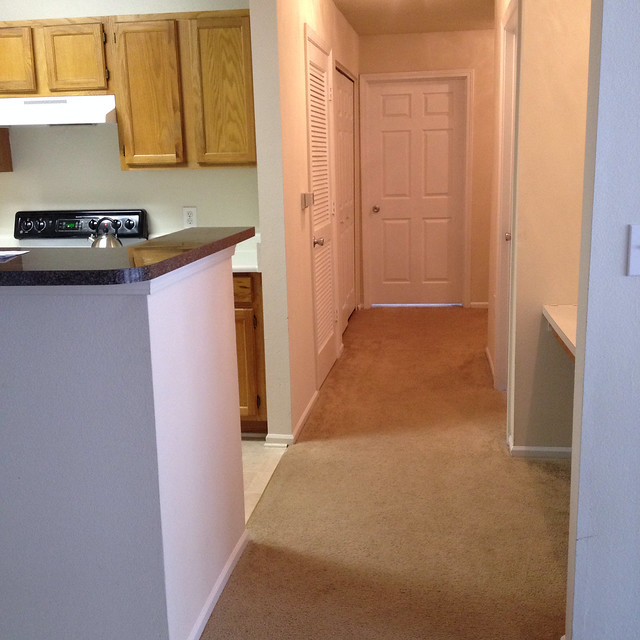 No… I don’t want my WIP’s to smell of food! So the sewing station has been abandoned for now and I think I like the idea of having a desk there but possibly incorporate some kitchen items into the area too.  I’ve picked a few examples from Pinterest that have aspects that I like.

In the space below, I really like the art on the side walls, the plants & the photo collage on the wall.  Our polaroid pictures would look great like this!

Contemporary Home Office by Ottawa Architects & Building Designers John Donkin Architect Inc.
Even though I want this to be a working space, I don’t want it to be where we dump our stuff!  The simplicity of this desk is lovely but I think it would be quite hard to keep our area this tidy! 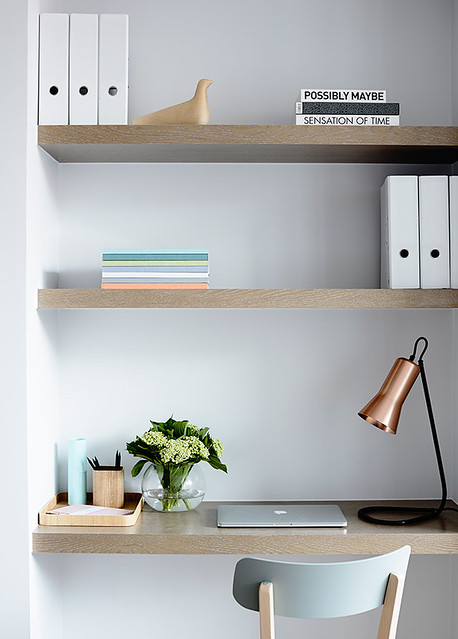 Floating shelves are appealing to me the most at the moment and I think because our space is quite wide, these staggered shelves would look quite nice. 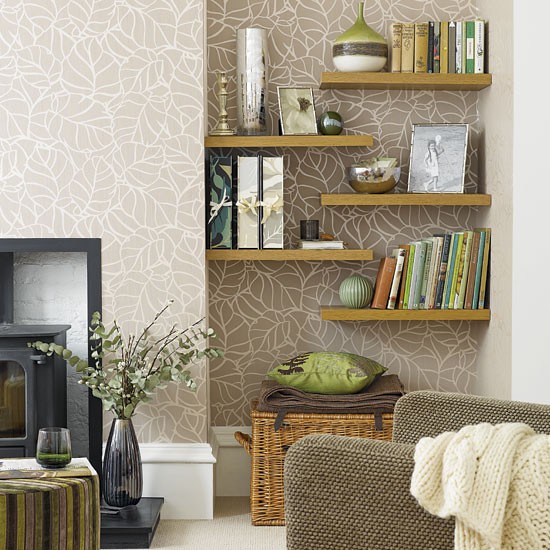 Though the following picture shows kitchen shelving, I really like how kitchen objects have been used as ornaments alongside books & plants.  I have a couple of nice vintage jugs & floral cake tins that I would like to display, rather than stuff them in a cupboard. 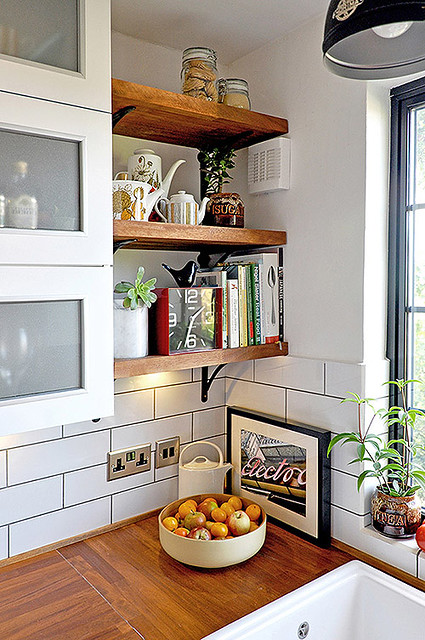 It would be great to know what you think of the ideas I have for our little alcove!  Do you have a space like this?  Have you got any more ideas for me?

6 thoughts on “Oh Little Alcove…What Shall You Be?”