A couple of weeks ago, I made this top – the Simplicity 1810.  I will be honest.  I have only worn it once since making it and I wasn’t that pleased with it.  I always feel that garments need to be worn out of the house (not just for photos either!) for me to get a good feel for them.  Is it comfy? Would I wear it again?  Do I need to make any changes? I went shopping in the black top and then nipped to the food market and I just found that it wasn’t right.  I think the main thing was that it was too hot for 30°C heat with it being quite a tight woven fabric.  The length was questioned again as I kept pulling at it all the time, and the neckline was too stiff due to the interfacing.  Hhhmmpphh!  I’m not throwing the towel in straight away though…I am going to shorten it and save it until the weather is cooler!

Anyway, less about the old…more about the new.  I decided to make the longer sleeveless 1810 and chose a light fabric with a swirly border print.  I do really like the construction of this pattern.  There aren’t many steps and it comes together really quickly.  I think it took me an afternoon to make but I had already cut it out the week before. 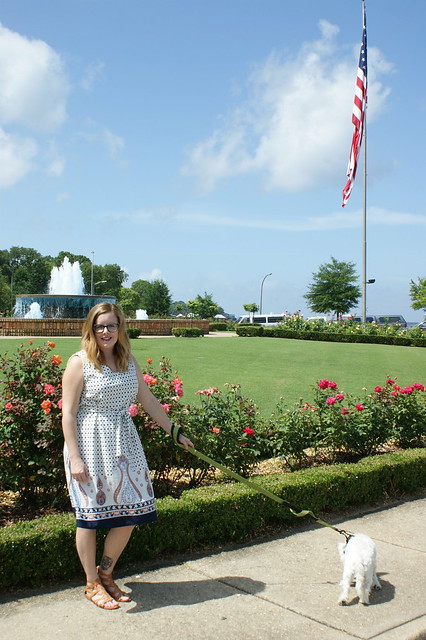 I really concentrated when doing the seams and remembered which way around I needed to do them for French seams. So…all seams on the dress are French! A much better finish inside.  🙂  I was also really impressed with myself as I used a piece of the fabric to bind the arm holes; this isn’t a new technique to me but i’ve never done it with stretchy fabric before…and I managed to do it without puckering anything! 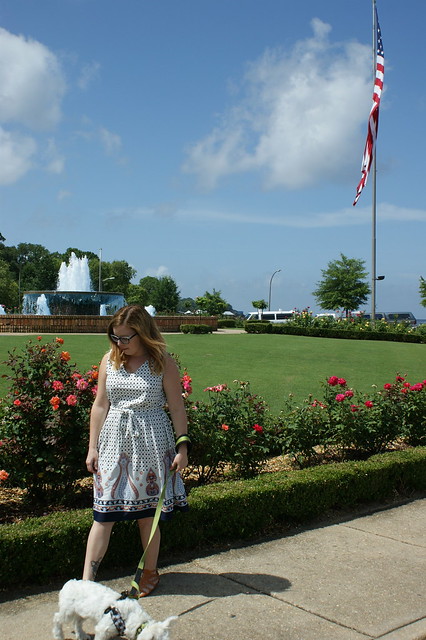 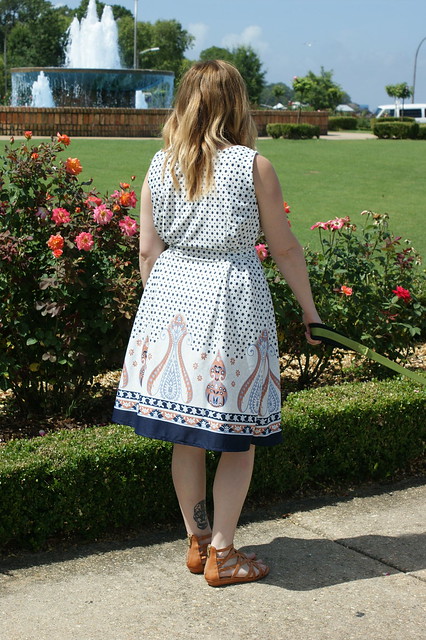 The big question for this make was about the neck facings.  My preferred option would have been to use binding of some sort instead of the facing pieces, similar to the method used on the arms.  I tried and failed quite quickly because the v-neck was complicated and it confused me too much! So I reverted back to the original neck facings.  I almost did it without interfacing because I didn’t want it to be bulky like the last one.  After a conversation with conversation with Camilla (she solves most of my sewing queries!) about facing shrinkage she had experienced when not interfacing, I changed my mind.  I ended up using the lightest interfacing I could find and it ended up being ok.  In my haste to get finished I did under stitch the neck facings, which isn’t actually in the instructions!! This made the neckline slightly odd looking at the front…hopefully it isn’t that noticeable!! 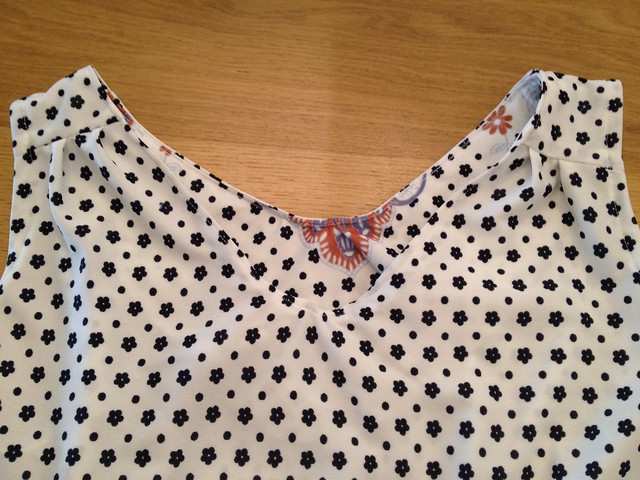 This is a much better silhouette for my shape and it could possibly be my favourite dress up to now!  The length is longer than what I would normally go for in a dress but I think it looks quite elegant. 🙂  I would love to see what this would be like in cotton so that’s another one added to my list! 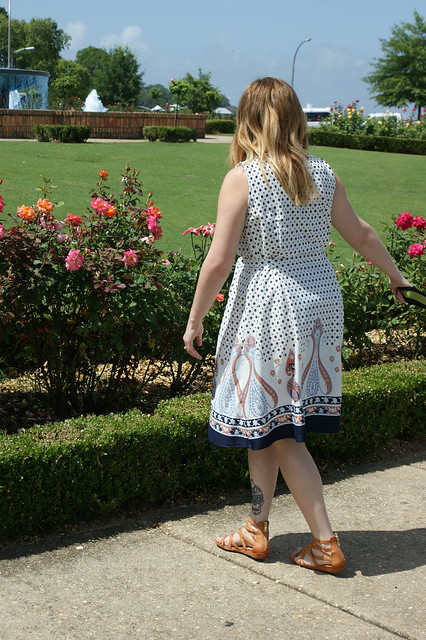 10 thoughts on “Longer Than The Last One”