We seem to have a few friends who have just had babies or are about to have them. I always think that handmade gifts are a lovely keepsake and I like to give them whenever I can.  I’ve made a couple of simple blankets in the past and have liked the way that the basic patchwork ones turn out.

We have a new quilting & yarn shop in the next city over from ours…when I say city, it makes it seem like a good old distance to drive but Fairhope is only 10 minutes from where we live.  It has a beautiful downtown area with lots of little independent stores that we like to support.  In The Making opened a few months ago and I believe they have a store open in Birmingham, Alabama also. 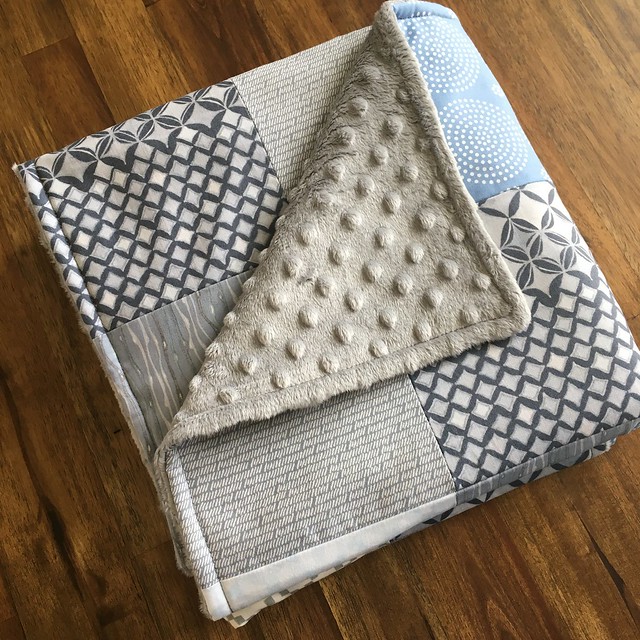 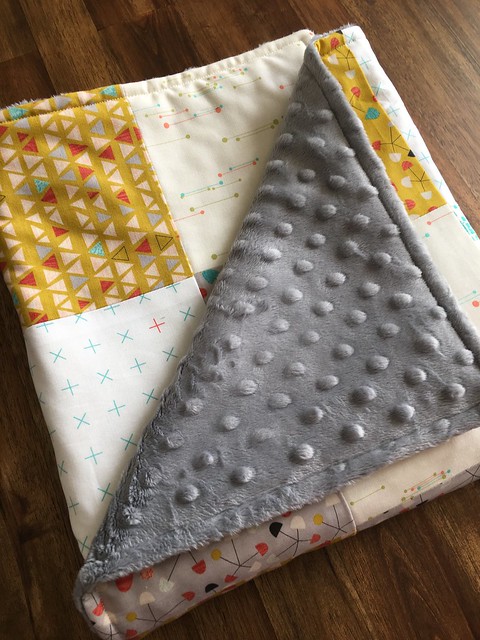 They had a few precut fat quarters to choose from so I selected 2 color stories from what they had.  I knew that one friend was having a boy but I didn’t know if she was doing a theme for the baby’s bedroom so I went with grey and blue fat quarters.  The second quilt was for a ‘surprise’ baby so I chose colors that were reasonably neutral but still had that pop of color. 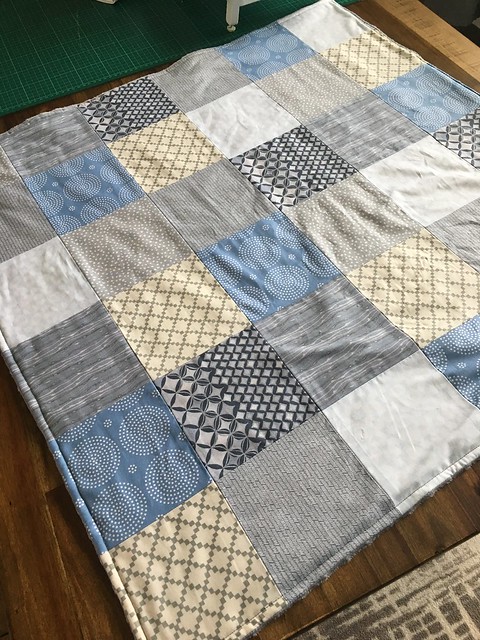 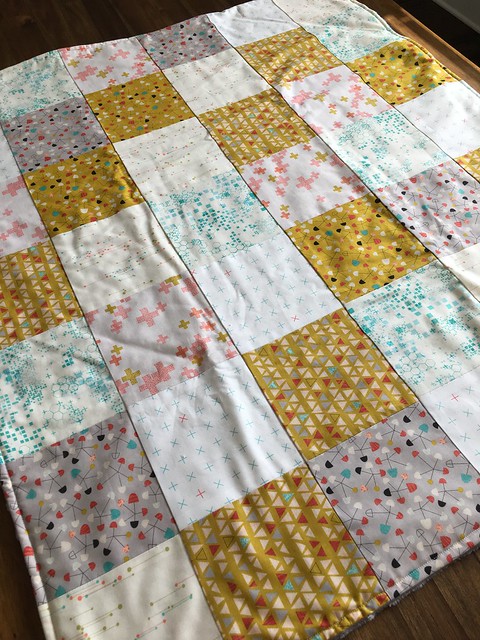 I chose 7 fat quarters and cut 6 x 6.5” squares from each.  This then made a quilt with 42 squares in total.  However, I got a little bit sidetracked when cutting the squares for the first quilt and only cut 36…and some of them were 1/4” too big.  This meant that when I put my rows and columns together, it didn’t quite line up properly. 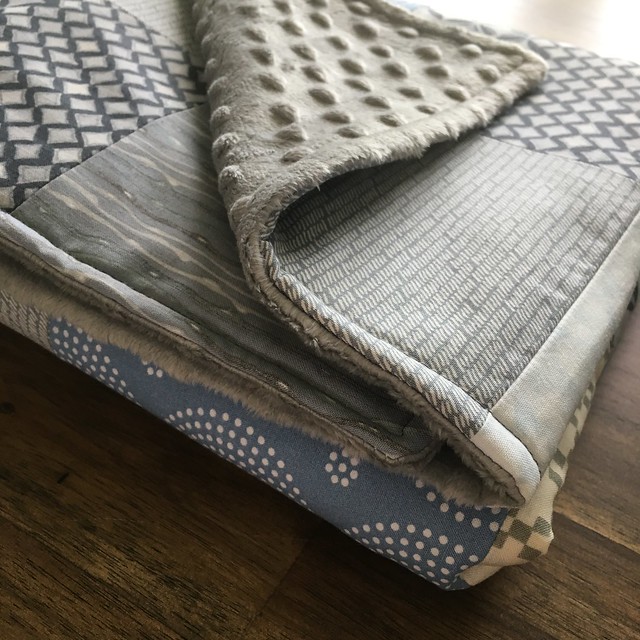 I had purchased grey minky dot fabric for both quilt backs and sandwiched a piece of cotton batting in the centre.  I’m not a huge binding fan so I constructed these right sides together, to then flip and sew a few mm from the edge.  I love how minky fabric feels but this is going to be a fabric that I steer away from in the future.  It made a huge mess when cutting and moved a lot when sewing, even when I pinned it well and used a walking foot!  I know one, if not not both quilts had an extra little pleat at one side due to the moving minky.  It all adds to the ‘handmadeness’ of it though! 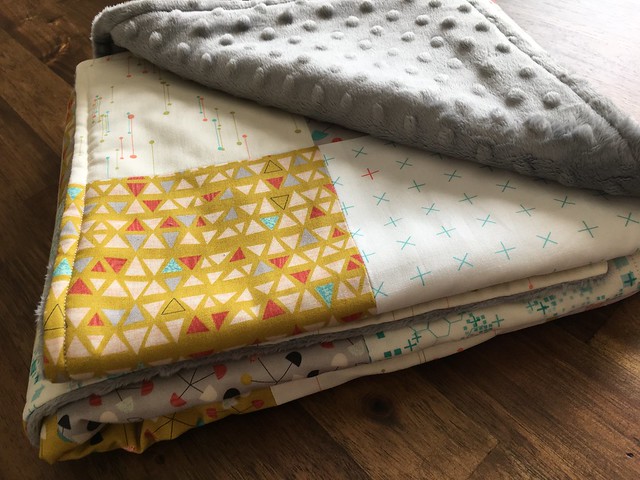 2 thoughts on “Quick Quilts For Babies”