A few months ago I made my own Vintage Pledge to use at least 5 vintage patterns from my stash! If you would like to make your own pledge, head over to A Stitching Odyssey to check it out 🙂 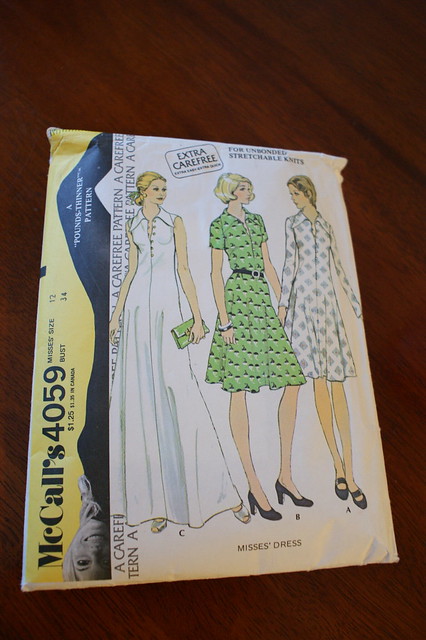 This make has been on my desk for about 2 weeks. It’s the 1974 McCall’s 4059. View B is my favourite but I fancied a sleeveless version as it is warming up here in Alabama! I was putting it off because the fabric I had chosen ran against the grain and after a little bit of research, I had read that cutting against the grain could cause sagging on the skirt of a dress! Oh no! I then remembered that this fabric was part of the box of fabric that I bought for $5, meaning that it was a very cheap buy and it wouldnt be the end of the world if it did go wrong! So I did it…I cut it out! 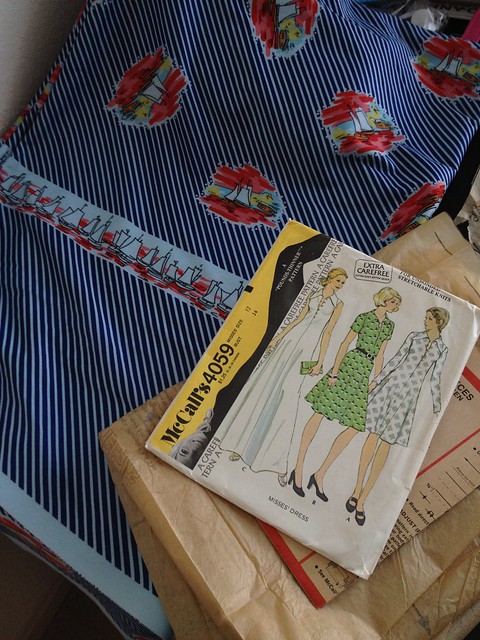 I had to draft the front facing piece as Maisy puppy managed to pinch the original and chewed it into a million pieces :-0 When cutting, I made sure to pattern match the strip of boats along the bottom. However, when I came to construct the actual dress I realised that I had completely forgot to match the other circular patterns on the fabric! Aaarrrgh! I wasn’t sure about the stripes either. Due to me cutting the pattern pieces when the fabric was folded, the stripes on the fabric came together in the opposite direction on the centre seams. I don’t think it’s that much of a problem but me being me would prefer the stripes to go in the same direction! 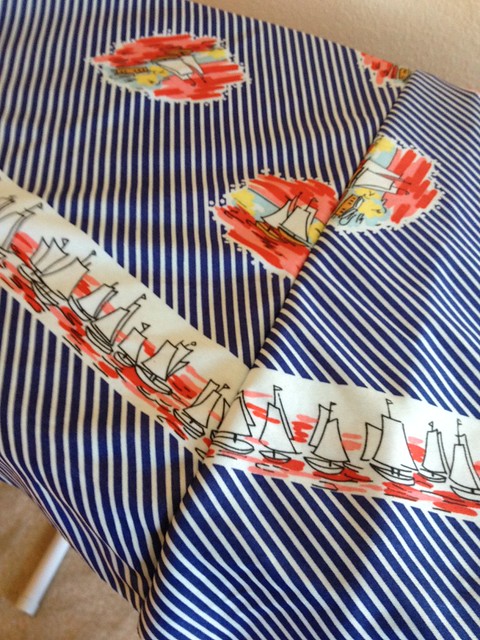 The actual dress was easy to put together; joining the 4 dress pieces together and attaching the collar and facings. Strangely though, the armhole facings from the pattern were about 2″ too small for the armhole so they ended up being abandoned and I used bias binding for the facing instead! 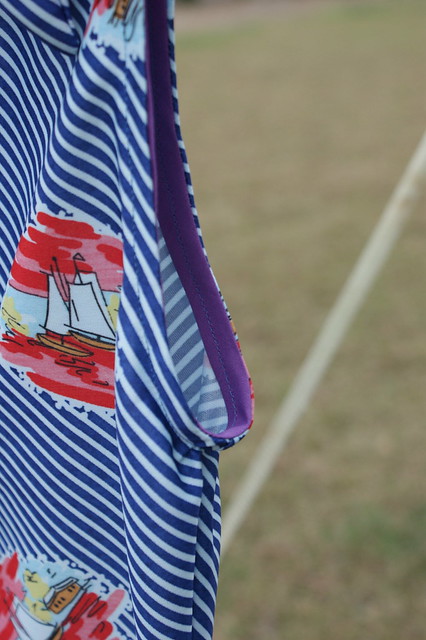 I really like the fit of the dress and it is a nice length. The collar is huge and retro and I love it! However, and this is a big however… the bust is a tad too small. I intended to fasten the front with buttons & button holes rather than the braided loops suggested but I abandoned both of these too as there won’t be any buttons fastening across the bust any time soon.  I will be wearing a white vest top beneath this dress!  I haven’t got one yet so this is why I’m not modelling the dress! 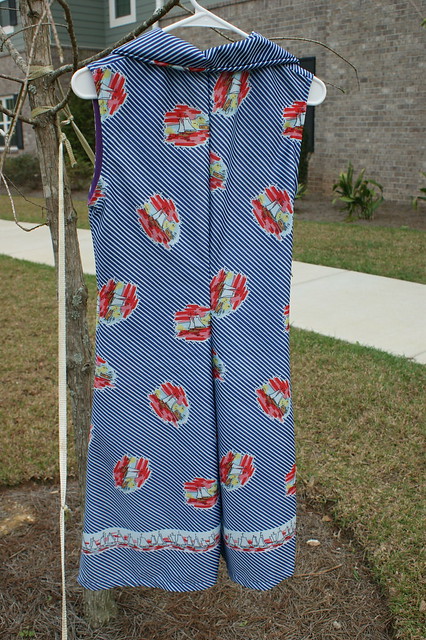