After the success of my first jumpsuit, I was ready to make another quickly.  I had also bought one in a sale, so I had 2 in my wardrobe! The third one was to be the New Look 6373 View B; a jumpsuit with shorts, a flounce around the neckline and a button closure at the back. 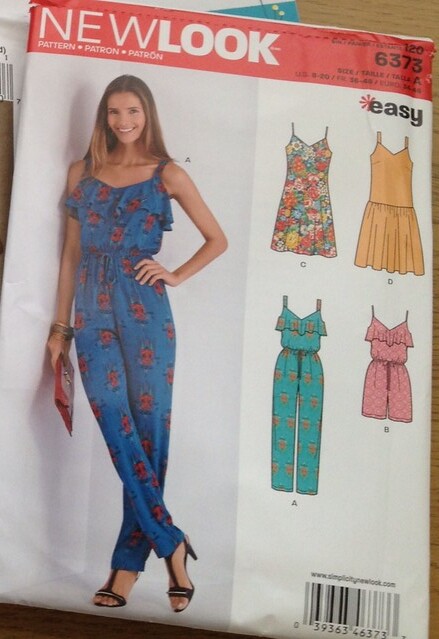 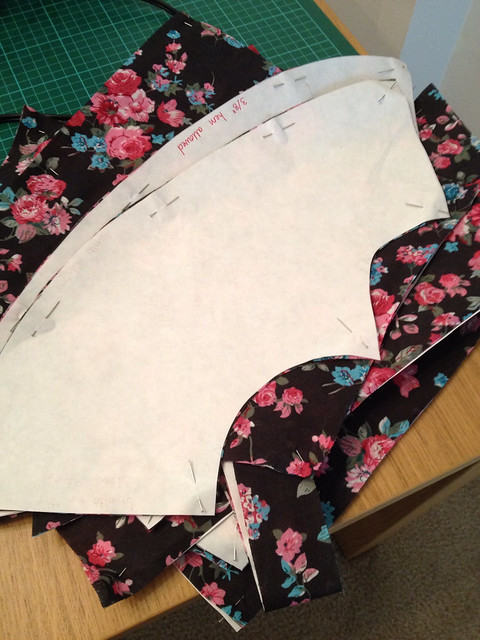 I used the black & pink floral cotton as I loved how light my other jumpsuit felt – same material just in blue & orange!  The make had been cut out for around 3 weeks before I decided to make it.  I wasn’t purposely putting it off, other things just got in the way.  It turned out that Adam was having a night out so I decided to dedicate the full day to sewing the 6373. I have very mixed feelings about this one so would love to know if you have made it before – what did you think?  It seemed to have a lot of steps in the bodice construction, and the majority of them were quite fiddly and I huffed a lot.  The hem on the flounce was really small and difficult to get through the machine.  I think that was partly to do with the fabric as it was so thin and my machine though it was quite tasty to eat.

I had to think ahead a lot of the time so that exposed seams were finished properly; the instructions were hit and miss on including this step.  The straps were really thin and I couldn’t turn them the right way round, so I ended up using a piece of pink ribbon for each strap.  I also added a buttonhole + button for the back fastening as my elastic thread was far too stretchy to hold anything in place. 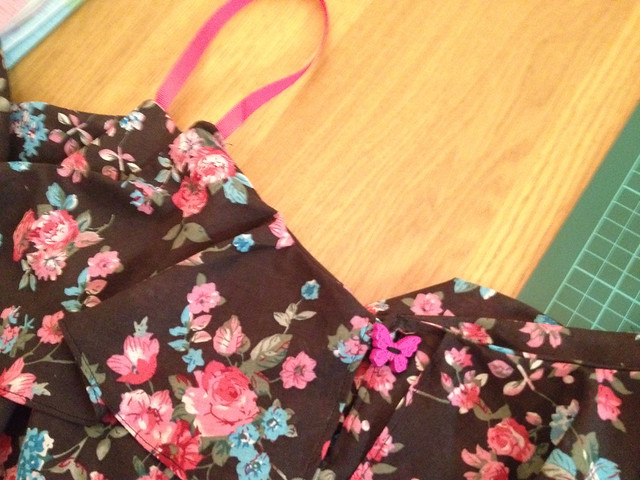 After a lot of what seemed like ‘hard work’, it was ready!  Adam got back from baseball and I put it on for him (bear in mind that I had already tried it on several times in the day to adjust elastic & straps) and he said ” What’s happened to the front?”.  Of course I had no idea what he meant…so I looked in the mirror and *almost cried* and definitely swore.  I had put the shorts on backwards and NEVER NOTICED!!!! After all the confusion with the make in the first place, I could not believe I had made such a stupid mistake! And of course I had realised this after I had overlocked the waist seam and created 2 casings, meaning that it would be a lot of work to undo it all AND this material would not take all of that unpicking. 😦

Even after seeing if can wear it backwards (which I can’t) I’m still not getting rid of it – it’s been put in the pyjama drawer! 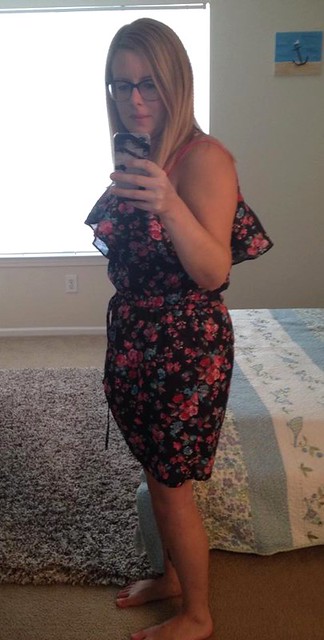 21 thoughts on “Jumping In Too Deep”