When fabric shopping last week, Adam found some burgundy cotton, scattered with small golden stars.  He asked if I would make him a shirt and of course, I agreed as long as he could find me a pattern.  So he did.  He chose a New Look pattern that had an option for a shirt for both of us.  I must admit that I was a little scared of the thought of making something that wasn’t clothing for me.  I couldn’t try  it on half way through and I knew that it had to be as close to perfect as possible as I know how fussy Adam can be with his clothes.

This was the first pattern where I had traced elements rather than cutting it all out to the size needed.  I used freezer paper to trace and it is nice to know that I have that pre-cut pattern now to use again.  Even if it did take an extra hour to trace and cut

I made a few alterations to the instructions as it called for interfacing within the collar and under the shirt front.  I didn’t have any  so just went for a facing in the same material, which turned out to be just right and wasn’t too thick!  The body of the shirt came together perfectly and the facings were relatively easy to attach too.  The collar confused me loads and the instructions weren’t very clear; the pictures didn’t really help either.  I attached it and just hoped I had done it right!  It turned out fine but it seemed a very long winded way to attach a collar!  I also ended up catching a tiny bit of the facing in the collar seam….ggggrrrr!  Adam didn’t notice though!

By this time I had been working on this project for around 7 hours and it was now 8pm.  The first sleeve went on well and I had ensured that there was not a puckered seam in sight.  Then next sleeve was a nightmare.  Obviously I was too tired and my sewing brain had switched off.  The second sleeve went on and I had realised that I had done it inside out!  It had to be unpicked!  I did it again, and then realised that I had lined the wrong seams up so the part that was meant to under the armpit was on the back.  It needed to be unpicked again!

Anyway, after a rest and some food, the sleeve went on perfectly and the buttons and holes finished off the shirt.

It fits well.  Adam loves it!  And I will be putting the missing button on today 😀 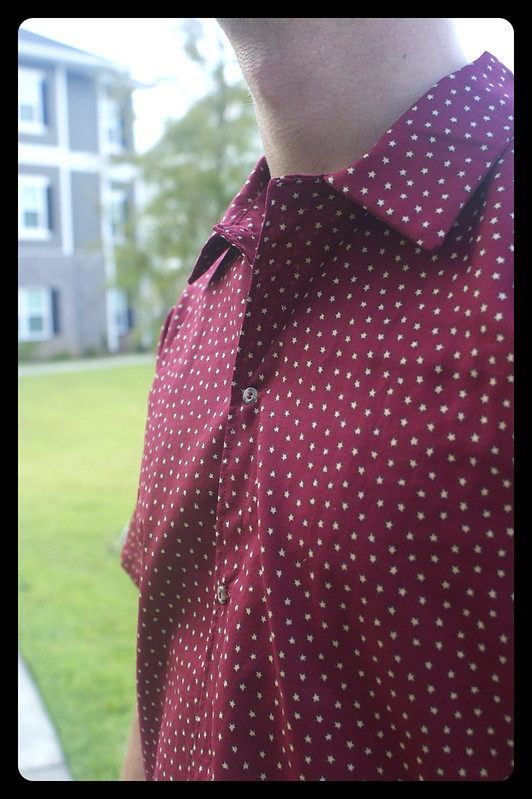 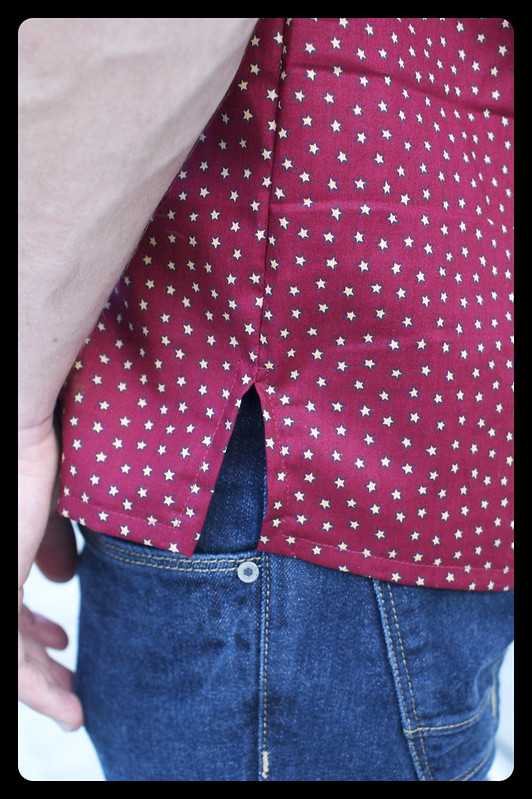 This is also my first item for someone else as part of my Sew Selfless September pledge. If you fancy joining in, click the button below!!

20 thoughts on “The Tale of the Short Sleeved Shirt”