I like sewing things for babies and children.  Toys and teddies are sweet.  Clothes and accessories are nice to work with as there isn’t loads of material trailing on the floor.  That is about as far as I will stretch at moment with anything to do with babies; I know quite a few people who have had babies recently or are pregnant at the moment…that’s fine with me!  I will stick to the sewing for now 😀

We had a couple of friends in mind who we would have liked to send a baby gift.  I wanted to make something different so referred to Pinterest for part of my project.  I found a link to Megan at The Quilt Story where a cute little outfit is made using two separate tutorials; one for the dress and one for the nappy cover.  When explaining this project to my Mum, I used the American word ‘diaper’ …she laughed and said I was becoming all American already!

They were nice to sew as nothing seemed too much trouble.  I did a double fold on the hems and inserted elastic where necessary.  The trickiest part was folding and sewing the hems on the legs of the nappy cover due to them being curved.  There are a couple of folds where the excess fabric gathered but once they bunch up with the elastic, they are hardly noticeable 🙂 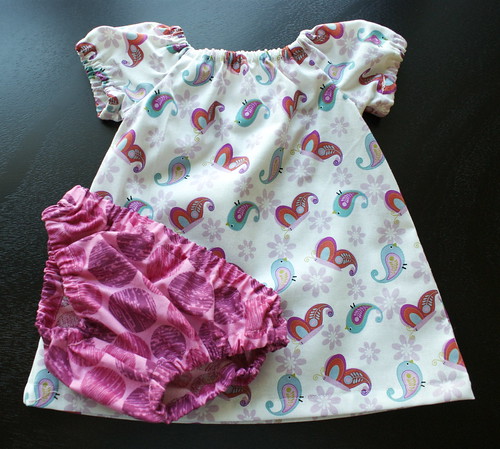 To accompany the dresses and nappy covers, I decided to have a go at making some burp cloths after seeing some that Camilla at Making & Marking had made.  I used a flannel on one side, with a cotton on the other.  I also added a ribbon tie so they can be rolled into little pancakes! 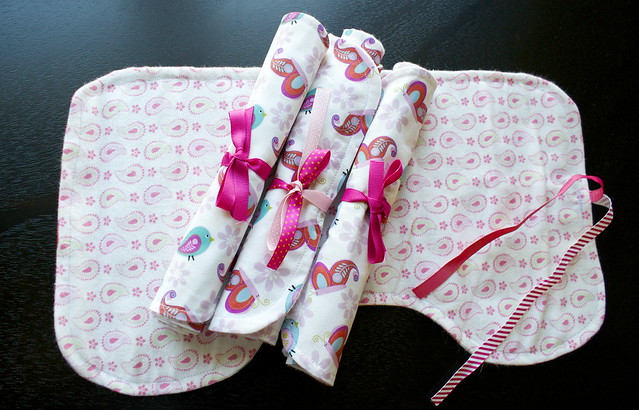 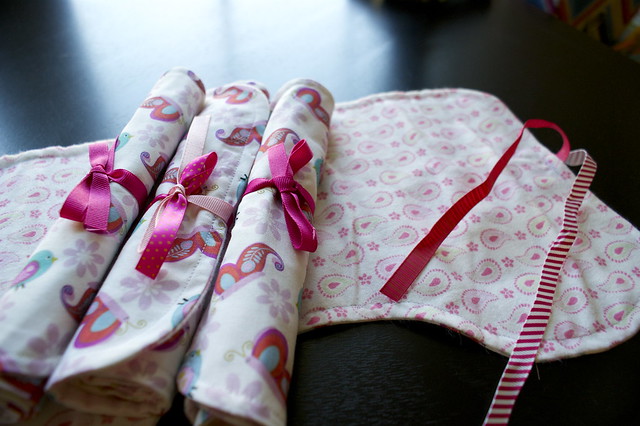 These were made in September so became one of my gifts for the Sew Selfless September pledge inspired by Jess at the Sometimes Sewist. 🙂